With the end of May upon us, I thought I'd go and post a soundtrack I ripped earlier in the month just so there's some activity in times where it's really, really hard to be productive with the state the world is in (even if my home state is making progress). 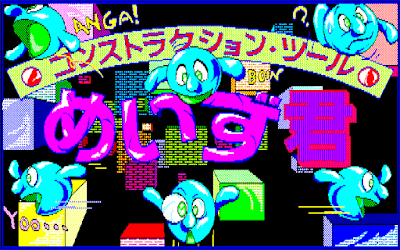 This is Maze-Kun, a puzzle game from 1989 that has a heavy Sokoban feel. It was released on both the PC-88 and MSX2, but as the MSX2 version is really hard to find, this rip focuses on the more easily-accessible PC-88 version, containing all seven tracks. In all honesty it's not exactly something I'd call "my favorite" when it comes to game music and the less I can say about... whatever you'd call the Pro Level theme, the better. Needless to say if I was ripping these for personal use like what I've been doing on my original Mac for a decade, it would just be the Beginner level theme and the title screen, however for the sake of providing a complete product and especially now that I'm posting these online, I'm pretty much required to do a full rip no matter my personal opinion on one or more of the tracks.
As usual you can grab the entire thing at this link.
Posted by Justin De Lucia at 10:35 PM No comments:

Game Devving: Where to Start?

So this June I'll be grabbing a copy of Game Maker for my birthday in the hopes that I can learn how to code games in it and come closer to producing the full-fledged and massive Aozora's Adventure games. Despite this it'll take quite a fair bit to get the Aozora stuff going and before then I'd prefer to focus on projects that are more easily solo-able or don't require as much of a large team of people assisting in the games to have a chance of finishing. That said I likely won't be jumping in immediately and just spend some time messing with it occasionally due to things like pandemic fatigue and a few other factors still looming over since last year in addition to some other projects.

I've assembled a small list of possible projects that could be good starts for my programing adventures, some with sample mockup screens or sprites. 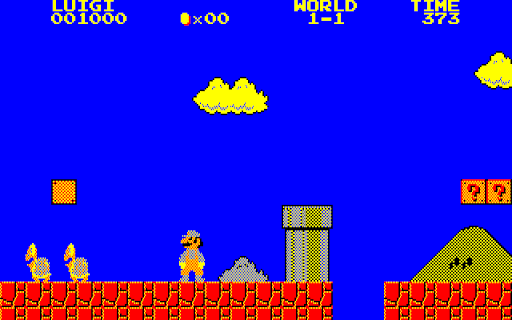 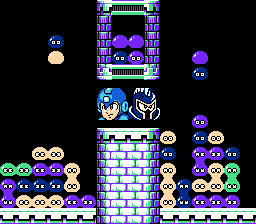 These would come somewhat later due to their complexity and for being, well, mostly Aozora-focused: 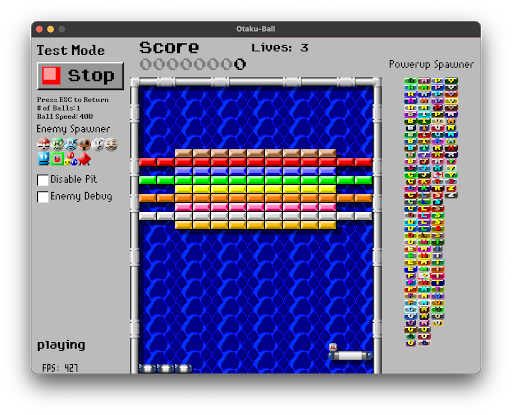 I don't really have much of anything else to add, in part since I'd rather not overwhelm myself with ideas considering how much time I plan to spend on Aozora alone once I get the game-making process going. Plus the task of writing down everything to prep each project and being able to eventually lead one with multiple contributors (whenever they be coders, sprite artists, level designers, testers, etc.) with myself still serving as the main driving force and main programer/level designer of the project. Especially so with highly ambitious game ideas like Aozora's Adventure III and the 3D-based ones.
Anyways I'm gonna leave it at that just so I'm not dedicating days to just one blog post.
Posted by Justin De Lucia at 10:05 PM No comments:

The Long Stance on Conventions

Normally I would have a larger post planned out but it's not quite there yet. So in the meantime I'm making a different post to fill the void while I work on art and possibly prep another blogpost on some plans for when "gamedev season" begins.

In what feels like a repeat of last year, conventions are currently in an interesting place. Due to the ongoing pandemic last year continuing into this year and the vaccines just starting to make the rounds, conventions are still being postponed and canceled. As of this writing, two of the four major cons I usually attend announced they would either be converting to an online format or canceling entirely. And to be honest even if they were held in person I would still not want to go with all the new cases flying out left and right.

For me, a convention isn't really a convention if I can't attend it IRL since it's impossible to translate an entire convention into an online format. Conventions are about the social experience, the dealer's room and artist alley, the cosplay, and the panels. Most online conventions, as I've seen them do across 2020 and the first several months of 2021, can only replicate the panels aspect of a con (with one attempt at a virtual artist's alley I've seen) and if you're someone like me who's more into the interactive elements, these online cons sadly just can't capture the same magic.

Looking back, I always attended cons first and foremost to meet and support artists, meet up with friends that I otherwise wouldn't be able to see, and explore the settings of each convention. You cannot come up with an even greater/cooler landmark to host a convention than the Stevens Institute of Technology Hoboken (I will miss you so much), the Atlantic City Convention Center, the Cradle of Aviation, and the Javits Center. Most of the panels I would see had a greater purpose than just the content on show- in those cases it was to support friends or an internet personality I really liked or otherwise supported. They were an extension to the convention trip, not the trip itself, is what I'm saying.

Either way I don't expect to get back to a convention for a good while, and if I do it'll be something local or smaller scale that won't really be worth bringing up until it becomes safe enough in my terms to return to a big-name convention. Plus there's a few things I need to attend to first in regards to my physical form which has been suffering since the pandemic and lockdowns were initiated. If anything comes up regarding major conventions, I'll let you know otherwise.

Posted by Justin De Lucia at 10:33 PM No comments: