The one fangame you'd like to see but never will

...Well, until I figure out programing and s@it. 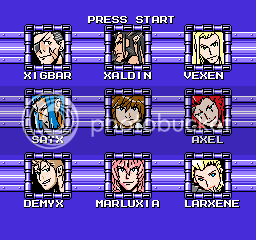 If this doesn't look like anything to you, here's the ever-so-popular Kingdom Hearts (stripped of all Disney and non-original characters) crossed with Capcom's well-loved but now suffering series Mega Man. It's an idea I had on me for quite some time (true story) and it follows a fan-created story-line (and as such, is not connected to the main Kingdom Hearts canon).
It's pretty much just a Mega Man clone with Kingdom Hearts characters slapped on it. Here you're seeing a mockup stage select built from Mega Man 6's, but colored violet and with different names (obvious) for the Masters, in this case, eight of the Organization XIII members (my favorite of the characters, tied with Demyx and Axel). The "X" in their names are custom, and so is the "ï" in Saïx's name.
Gameplay wise, it's still identical to Mega Man's, but with some liberties taken with clever level design and enemy/boss programing, similarly to the Mega Man clone I've previously talked about focusing on my own set of characters. I plan to create both games in future years, granted I can find a good team of spriters and programers (yes I plan to assemble a team). Back on topic, it will still feature the weakness system, but will have two different weakness "paths", or otherwise known as "suggested orders"; one that would be taken with Xigbar, Xaldin, Saïx, Marluxia, and Larxene, and the other with Vexen, Axel, and Demyx. I'm going to give every boss clever and/or fast tactics, so you won't find any easy bosses performing like Toad Man that can be taken down with little to no effort at all. They will all utilitize semi-random patterns to keep players on their toes and help with providing real difficulty and challenge.
Enjoy what you get fellas. And if any of you give a flying fluck about Bleach Pac-Man, keep in mind that v1.2 of the hack will be put up (hopefully) in the next few days. I'd say whenever because I can't keep a constant schedule (even if I promised it), so it'll be "when I feel like it".
Next time.
Posted by Justin De Lucia at 6:00 PM No comments: 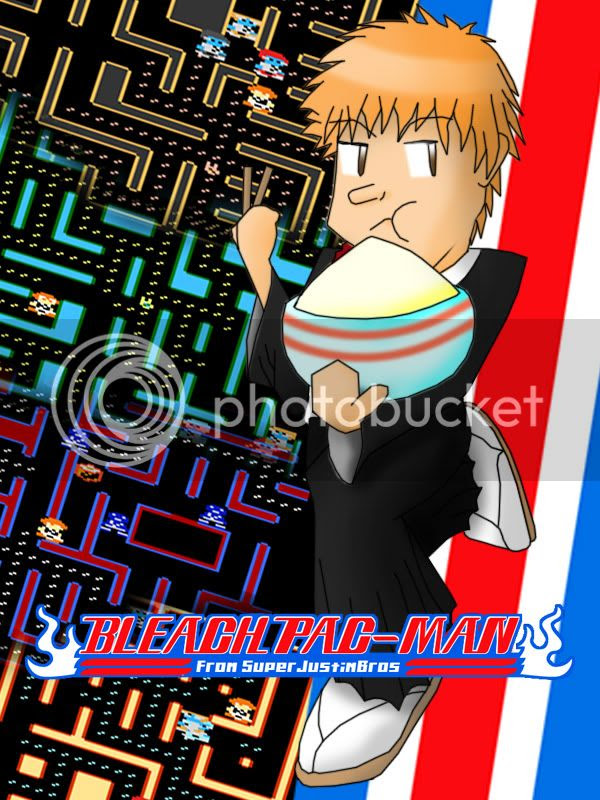 *description from Readme*
Posted by Justin De Lucia at 8:18 AM No comments:

Preview of a Side Project I'm working on. 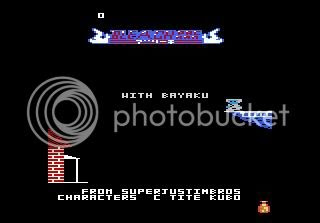 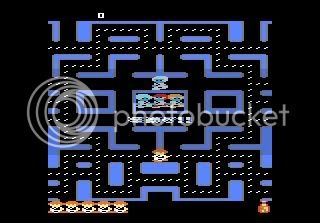 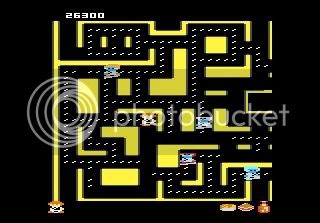 If you cannot guess what this is, I'm afraid I can't help you. But yet it's an excuse for me being unable to update my deviantART gallery, as I've put hours into this.
And as a bonus, the original reference sprite-sheet.
Posted by Justin De Lucia at 4:23 AM 1 comment:

If you know me, I like some ancient and forgotten PC games. I'll try to keep this post small and simple.
This is regarding a puzzle game on the computer that was released in the early 2000's (I'm guessing 2003). The basis was that there were multiple marbles enclosed in a large grid-like area, and the marbles were affected by gravity. By clicking on a small button enclosed in-between the marbles, you'd cause pairs of four marbles to move clockwise or sometimes counter-clockwise. When four marbles are arranged in a square of four, or a rectangle of six, they disappear, and clearing all the marbles advances you to the next level. There are instances where if you match them incorrectly, you'll get stuck and have to use one of your ten(?) lives to retry the level, and there are also marble generators that will release new marbles in later levels.
The described game above came as two versions. The classic "30-minute trial" bulls^it that you get when the programers are too lazy to make a version with fewer levels (like all those "Lite" games you see on iTunes, and a non-restricted version that also included a level editor, and allowed you to tinker with everything the game had.
So yea, I don't remember the name of this game, and Google is not proving to be much help either. All I remember was that "Marble" was part of the title, and I doubt it was called "Marble Madness" since that was the game that Midway made years and years ago, where you tried to navigate a marble through six levels while avoiding hazards, kinda like a precursor to Super Monkey Ball. If anyone wants to lend a hand in hunting down this title from the ashes, please of all things, let me know.
On worser news (worser isn't a real word but who cares) remember SOPA and PIPA? Of course you do, the Internet's personal little devil. Well the devil's devil ACTA is pretty much already devouring the internet with censorship, and it will just make our lives cripple before our own eyes. The only good thing out of this will be that this little stinker will be Lamar Smith's personal hentai, and no one else's, except for Viacom, owners of all those shows on Nickelodeon.
If you're dying to do something about this, allow me to google it for you.
Posted by Justin De Lucia at 4:05 AM 1 comment: