I shouldn't need to bring up by now that I'm a huge follower of Matt Rix's Trainyard. Released in 2010 this was a really unique puzzle game with a concept that I adore to death (I'm a huge color nut).

Before the editor for the game was made, I came up with an idea that I had since abandoned; adding support for territory colors alongside the primary and secondary colors already found in the core game. Normally when you try to mix a primary-colored train with a secondary-colored train, you get a brown-colored "Garbage" train, which doesn't see much use outside of the plethora of user-made levels.

The original idea behind this concept: Instead of making a brown train when both a primary and a secondary were mixed, a territory color would be made instead. However not every primary +secondary combo would result in a tertiary color; if you were to try and mix red + green, yellow + blue, or yellow + purple, it would make brown instead of a territory color. Below is a diagram I made long ago that shows how the tertiary colors would function in-game:

I also did a few example levels that use tertiary colors as the main focus. 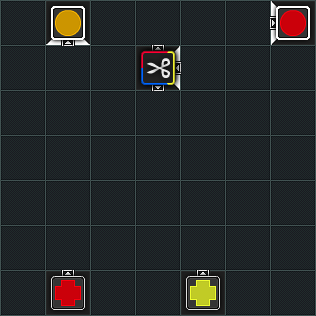 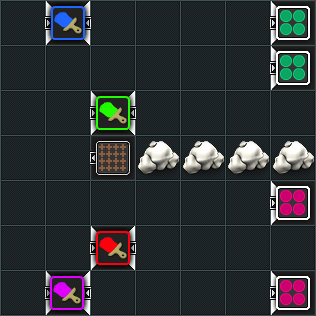 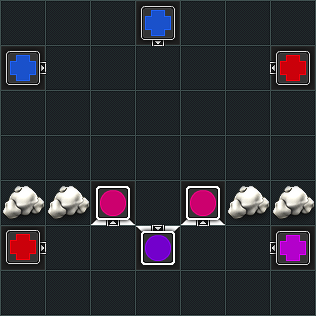 As you can probably tell the idea didn't really take off, since I was the only one interested in it and it would've made the game even more of a brain-wreck since according to Matt, most players didn't get the color-mixing concept, even having trouble with creating the secondary colors form the primaries.
Posted by Justin De Lucia at 10:36 AM No comments:

Email ThisBlogThis!Share to TwitterShare to FacebookShare to Pinterest
Labels: Trainyard

Posted by Justin De Lucia at 10:01 AM No comments:

Email ThisBlogThis!Share to TwitterShare to FacebookShare to Pinterest
Labels: Otaku-Ball

An ecchi story from a while back

Because of a certain incident that happened with a friend of mine, I have made this story private.  If you want to read it, send an e-mail to superjustin@optonline.net and I'll send you a PDF containing the story.
Posted by Justin De Lucia at 9:34 AM No comments: