Ehh, I got nothing. 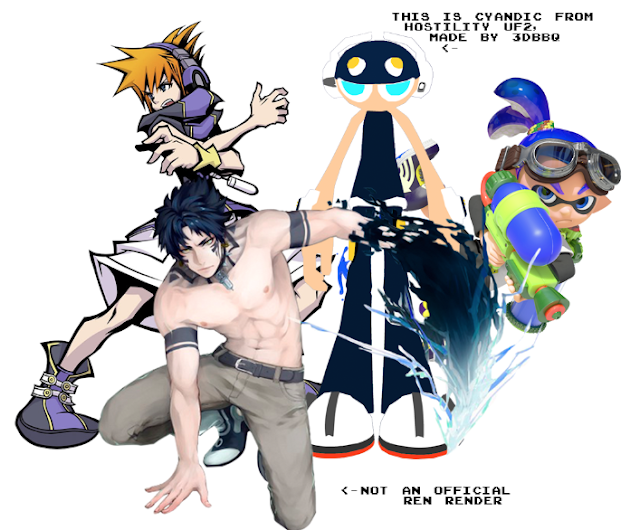 Posted by Justin De Lucia at 7:35 PM No comments:

Email ThisBlogThis!Share to TwitterShare to FacebookShare to Pinterest
Labels: DRAMAtical Murder, Hostility UF2, Splatoon, The World Ends with You

Here's another OST for you all; this is a recorded collection of songs used in Namco and Dempa's conversion of Motos for the Japanese Sharp X68000 computer. Contains songs in both internal and MT-32 sound formats.
(Now updated with a new functional link) 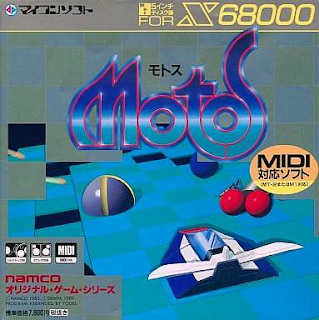 Posted by Justin De Lucia at 9:07 AM No comments:

SJB comes up with a new game idea/concept

I just got this game idea of sorts

It's a FPS where you play as a white humanoid cartoon figure of sorts with simple features and a vacuum on their left arm and a small gun on their right. On team gametypes, each team is decorated with a different texture, such as polka dots vs stripes, or are drawn in a different style, such as heavy shading/outline versus metallic shading/outline. Additionally, there's red-outlined versus blue outlined.

The world is completely white, outside of objects/structures that have color.

You have to run to a color, absorb it, send it to your gun, and you get one of several different weapons depending on what color you absorb. Some colors vanish into white when absorbed and slowly regurgitate over time, while others don't.

Then you use the acquired weapon to defeat enemies or other players.

You can vacuum up to three segments of color, if you vacuum up three of the same color, you get lots of ammo for a basic weapon.

But if you vacuum up a variety of colors, they mix and you end up with other, stronger weapons that usually cost more ammo to use.

When you vacuum up the colors you want, you then send them to your gun, which changes in color and shape to a new weapon.

Red Yellow and Blue are the most common colors, but you can also find the secondaries, tertiaries, brown, and black naturally.

though they're rare, especially the tertiaries and black.

So there's a bit more of a puzzle element, unlike say, Splatoon.

You begin with white, which gives you a small white pea-shooter that is only good for finishing off weakened targets. You also have a standard melee attack that can be used with any weapon set.

Red, Yellow, and Blue are basic weapons that have tradeoffs between power/bulletsize and speed/RoF

Orange, Green, and Purple are standard shots that apply special effects: Spread for Orange, Rebounding for Green, and Explosive for Purple.

The tertiaries are where you get the more varied weapons.
Vermillion is a mini/chain gun with a godly RoF,
Amber is a sword with high power,
Chartreuse is a homing missile launcher,
Teal is a rocket launcher,
Indigo is a grenade launcher,
and Magenta is a sniper rifle.

If you try to mix colors that aren't compatible (Red and Green, Blue and Orange, Yellow and Purple, or all the three Primaries at the same time), you get Brown which gives an "All-Purpose Rifle" that outclasses the three Primaries, having a perfect balance in RoF/Speed/Power.

Black gives your character armor which temporarily reduces the power of attacks that hit you when you absorb it.


While your weapon is out, you can continue to vacuum other colors and prepare for a new weapon to replace the current one when it runs out of ammo or is no longer desired. If you are able to produce the same color as the weapon you currently have, it restocks ammo.

This idea is heavy WIP so if I decide to go with it; things will be subject to change.

For the name, I'm thinking of calling it "PrismaBlaster".

Posted by Justin De Lucia at 11:58 AM No comments: