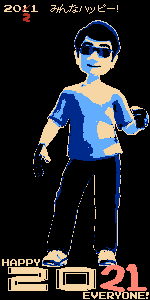 I don't even believe it. I've had this silly image on this blog for ten years straight and I still distinctly remember it enough to resurrect it and alter it slightly. So consider it repurposed if anything.
Anyways, 2020. The year that seemed to go wrong on so many accounts for me. March was the pandemic and the lockdowns and the closure of every single event (including the six conventions I was planning to go to this year) and turning every holiday into yet another basic day with nothing special. September was the death of my second Mac OSX and the loss of all my art, WIP's, sprites, music, documents, and con photos thanks to a mostly botched and incomplete hard drive recovery that couldn't pull most of the data to begin with (because Mac hardware is too "exotic" compared to the more widespread PCs). Being told it was a full recovery beforehand before receiving the refurbished, upgraded Macintosh didn't help in the slightest, but I'm sure you all know that by now and now I'm taking extra steps to make sure I don't lose more of my projects.
2020 was a bad year for art for me all for one simple reason. SRB2Kart. The indie kart-racing game starring Sonic the Hedgehog and co-starring characters from all sorts of different fictional works swallowed me up tenfold this year from the desire to add new racers and update existing ones and things just got really messy and started taking me too much time. Thus I'm taking a slight semi-hiatus to go and do other things so I'm not making characters for that game practically 24/7 but if you know me I tend to adjust my schedules and plans on the fly.
Believe me, I tried to start on full art renders for a character or two but I just couldn't do it or get it to look right. Plus making characters high-definition didn't do any favors and it just turned me off from doing more arts in that style from how much extra detail and zooming-in I have to do. Thus I'm thinking of going for a size inbetween the high res and the low res images I made in the 2010's so I don't feel like I'm pushing myself hard. Of course I'll still be going for making everything clean and sharp as I can so the renders still look good resized. For what I'll be making, the goal is to get one or two more renders for Aozora (one was being worked on before the hard drive failure) and resume making character renders for other characters in the project, starting with Ptolema. There will (hopefully) also be more of an effort to balance making art with making SRB2Kart racers along with trying to doodle out more sketches and non-Aozora creations, maybe. Fanart is still out of the question for the time being but depending on how I'm feeling I may be willing to take a venture and draw some art featuring others' characters.
I made a blog post on the Aozora blog detailing game ideas and concepts and the like. Due to just how bloated the series have become I've trimmed away some of the ideas that I deem lower priority or too complex that it may take them longer to get made. The revamped list ended up being mostly just 2D-based games with only the occasional 3D-based game joining the roster. For non-Aozora games there's Otaku-Ball, which is currently on hiatus until further notice (my last attempt at working on it didn't go so well and overall not a lot of progress was made) and atm I'm not planning on much else. And to further these goals I'm seeking to get a brand new Windows 10 computer for my birthday in June so any game-making software I try out is up-to-date, provided I have the funds necessary.
Sprite-ripping is on hold especially since I lost the font pack I had used for most of my rips for the Spriters' Resource. Most of the games I've always wanted to rip from are now all ripped with only a scant few left, though I may do a surprise rip here and there for the heck of it. No promises but don't count it entirely out, even if you only see a few new rips compared to prior years (doing rips fulltime stopped being interesting as I started to run out of material I wanted to rip quickly).
Custom content for other games is uncertain. I recently began to develop custom content for DX-Ball 2, a game I got for Christmas, and there's also the remainder of my Mari0 mappack "Special Something". Whenever I decide to resume that is pure chance but it might scratch the itch for wanting to make games that I've been craving since mid-December.
Anywho that's all for now, I'll keep quiet and let you enjoy the new years' celebrations.
Posted by Justin De Lucia at 11:07 PM No comments:

No this isn't the big New Years' post you were expecting, that won't be until about a day or two from now. But with Flash deactivating very very soon I thought it'd be appropriate to rip and share this soundtrack. 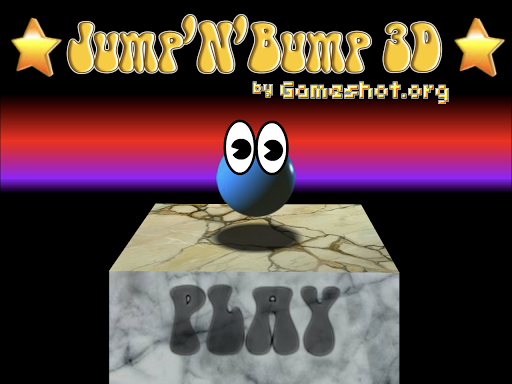 This here is Jump'N'Bump 3D, a flash game from February 2009 that was a part of my freshman-in-high-school self's favorite Flash games of the time. In other words the period when my imagination was at its peak and before I begun my entry into the world of social media and proceeding to embarrass my current older self. This game was a big part of that era and I deeply loved it, not to mention it was back when any sort of 3D in flash games was a rarity. And of course there's Julian Robotz' legendary score for the game, spanning seven tracks total and still being a fun listen even eleven years later, (twelve if you catch this by February 2021)

I've ripped the game a while back in the past but it was very incomplete rip, so this time I went double-duty and extracted all the music from the game followed by running it through Audacity to add all the necessary tags and establish better loop points.

Anyways I'll just shut up now and give you the link.
If the loops are wrong/incorrect please let me know and I'll update the soundtrack in the future.

Posted by Justin De Lucia at 8:58 PM No comments:

Hey everyone. Since it's Christmas Eve here I'd like to spend some time to wish you all a Merry Christmas/Happy Holidays and a Happy New Year (considering how up and down this year has been for me between the pandemic and my Mac dying suddenly). But today is not the place for going over the happenings of the year. Instead I'm treating you all to something I should have published long ago.

Long ago I contributed an assortment of custom skins to NullpoMino, an open source Tetris fangame packed with a variety of modes and a large assortment of modding potential. And of course, I stepped in and created a few skins for the game, including ports and rips from other Tetris games, bootlegs and clones, and a few other oddball skins. Since all my Dropbox links went inexplicably dead, a few people commented asking for a re-upload, and after some time of neglecting these calls I decided to finally answer everyone's prayers.

You can get the entire collection at this link. Be sure to add its contents to the "blockskin" folder and re-number the skins if you have previously downloaded and applied custom skins.

Posted by Justin De Lucia at 2:00 PM No comments: