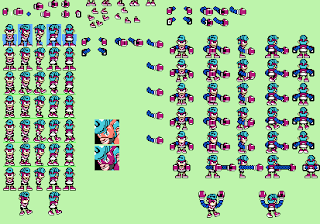 This is the raw development sheet of the skin, based on a Mega Man-styled sprite I made of Spring Man back in 2017. I then touched it up, added rotations/movement, gave it some ARMS (heh), and this was the result: 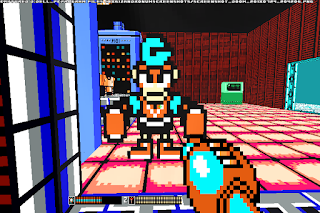 his hair is supposed to face the other way agh 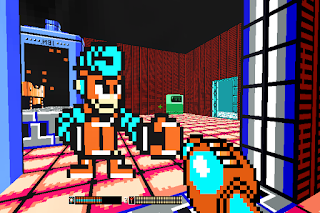 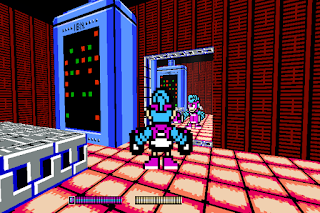 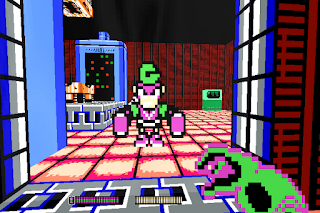 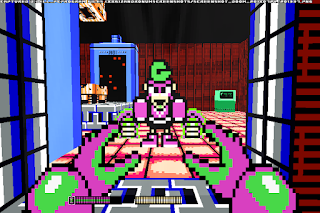 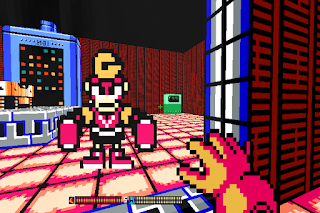 Oh wait, wasn't there another Spring Man already in the game...? 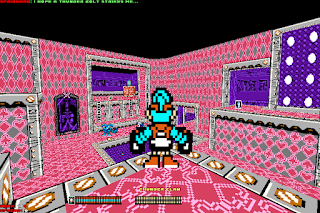 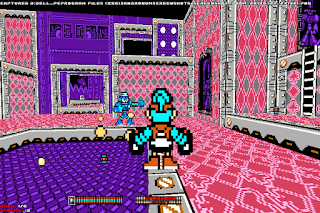 Download the skin here.
Dropbox Mirror (with Classes support)
Posted by Justin De Lucia at 10:20 AM No comments:

As you all know, for some time I've been leaning on deciding to do one last selection of characters for my "WARMAN" series, known as the SKYMEN, to close out the series until I eventually start working on it proper. These are the same kind of WARMEN that you're all likely familiar with, but made for aerial combat first and foremost, with winged jetpacks and even more futuristic high-tech armor.

Today I went and worked on drafts for how I see the general looks of the nine models I have planned for what will be the final batch of models, which I plan to get designed in the next couple of months (perhaps around Christmas time, like what happened in 2015 with the massive influx in new WARMAN designs). Take note that these are not 100% final and on-top of possibly changing these brief descriptions over time, I will leave a good chunk of their designs and appearance to their designers to imagine.

M-17 SKYMAN (White): The first of the SKYMEN to be created- using the same all-around build style of M-10 as a base. The result is a similarly heroic, spiky white-haired model that looks to be steadily younger than M-10 with only slightly less developed muscles and a more rounded face. His white hair isn’t super exotic, resembling that of a typical anime male character with short hair, but it has its two longest streaks in the front dyed black.

M-18 SKYMAN (Brick Red/Maroon): A Jamaican-style model built to look slightly older than M-17 with a love for dancing, partying, and all around having a good time. His hair is a set of giant dark red dreadlocks formed into a ponytail.

M-19 SKYMAN (Turquoise): An Asian-style model with Japanese delinquent hair turned up to 11. He has an attitude but is normally kept in check by M-17 and M-18 and forms a power trio with the two models. He’s slightly less slim than M-18, favoring speedier tactics, but still muscular.

M-20 SKYMAN (Hot Pink): A model with a giant heart-shaped pompadour on his head. He is a highly brave and fearless fighter that cares deeply about his comrades and his own image, and has a love for sweet treats- especially chocolates.

M-21 SKYWOMAN (Tangerine): An energetic model with a love for action. She sports well-developed curves and her personality is a mix between the serious side of M-07 and the happy go lucky vibes of M-12. She’s based all around ranged weaponry and considers M-20 her best friend.

M-23 SKYMAN (Navy Blue): A hyper-gothic model with average-sized muscles, big thick navy blue hair on one side of his head (dyed black in some parts) that obstructs one of his eyes, and a love for all things dark, twisted, and metal. Even with his serious motives and spending most of his life dedicated to listening to music and attempts at forming a one-man band, he’s a decent guy deep down, is loyal to his crew, and is very flexible in his fighting style- preferring anything that can do massive damage.

M-24 SKYMAN (Pewter): A dandy, classy and elderly man built like he jumped straight out of the early 1900's but with the new and sleek armor design of the future. He's the oldest-looking of the SKYMEN but is clean, well-fit, and refined, along with an impressive goatee, old-fashioned futuristic eyeglasses in place of a visor, stylish hair, a smooth voice, and an eye for battle. He’s the brains of the team, with extensive knowledge on almost every type and style of weapon out there.

M-25 SKYWOMAN (Silver): One of the two “Metallic Power” models, a curvy female model with an almost hourglass appearance that embraces her attractive figure and built for maximum agility on land and in the sky. However, with all the weight poured into her body, she requires stronger fuel for flight, limiting her airtime.

M-26 SKYMAN (Gold): The other of the two “Metallic Power” models and created as a tag partner for M-25, M-26 is a fighter with a bodybuilder shape, being the tallest (just four inches higher than M-01) and burliest of the models yet, with super well toned but not exaggerated abs, arms, and legs- giving him the ability to wield the biggest weapons ever imagined. He has some shaved facial hair around his chin but overall his current hairstyle is unknown.

For those curious, you can see the Wiki page of the SKYMEN here, which still needs fleshing out:
http://warman.shoutwiki.com/wiki/SKYMEN
Posted by Justin De Lucia at 1:48 PM No comments: