Since I was playing the Crash Bandicoot N. Sanity Trilogy (seriously, screw you revamped physics) I figured I'd share a small concept that I once thought of a while back if I were to do a hypothetical Crash game. It would be a celebration and merge of the best mechanics and features across the series into one megagame of reasonable length.

It would have the controls and physics of the third game but the overall presentation of the second, with the player in the memorable circular Warp Rooms with the entrances and exits modeled after the theme of the Warp Room itself. Like Crash 3, collecting five Crystals and finishing a floor and defeating it's boss would grant you an upgrade. And of course there's the trademark gems and colored gems, the latter of which are regulated to at least one per Warp Room.

The levels would use different themes from around the series, complete with it's appropriate music (including custom Bonus and Death remixes of Crash 1's themes). Below would be the main Warp Rooms and the levels they contain, along with their corresponding themes:

(any level listed above with an asterisk has a secret entrance)

Crash is playable in every level, even taking the seat from Coco for the "Pirate" levels (though in keeping with the spirit of the N.Sanity Trilogy, she could be controlled as well). Levels with a second gem are earned through Death Routes, Colored Gem Routes, or secret entrances. These alternate entrances may or may not provide additional crates to smash to get the box gem (but in most cases they do not).

Once you conquer those rooms, you arrive at the eighth Warp Room, a dimly lit and ambient room with foreboding music and only one level, with a larger "gate" than the others:

This level would be about twice the length of your average Crash level, taking place in a brightly-lit golden ruins (in the style of the Golden Passage from Wario Land 4) finishing off with an optional multi-color Gem path, which in total triples the length of a basic Crash stage. From there you beat the stage, get the final crystal and gems, and fight the final boss.

Relics would be present, with the basic Sapphire/Gold/Platnium on offer for finishing a stage fast enough. Unlike the original trilogy, you can also get Relics without happening to initiate time trial should you complete it fast enough (but you don't get to keep track of time unless you get the goal time for a Sapphire Relic or higher). Your reward for earning Relics is access to an even larger circular Warp Room under the first Warp Room with four extra levels and three alternate entrances: 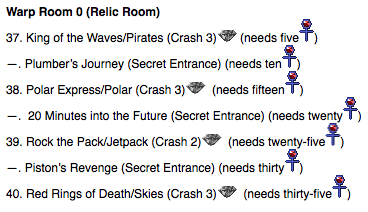 After the final boss, you would also gain access to two post-game Warp Rooms, which in the style of Super Mario 3D World, offer harder alternate variations of existing levels and a new branch of "Totally" levels ala the ones in Crash 2. 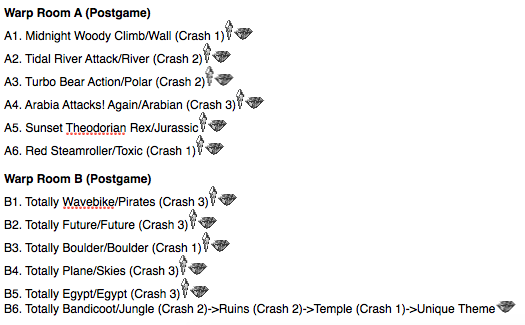 And that pretty much coverts what I had in mind for this project.
Posted by Justin De Lucia at 10:18 AM No comments:

Me and my buddy Prince_David (Youtube link to his stuff) stopped by Round 1 just today and it was a pleasant experience (I wish I could've stayed longer but I kinda already got a feel for the place within a short time).

What made it different from other modern day American arcades was that this place had a number of Japanese imports, mainly fighting games. Shuffled into those Japanese imports (along with some rhythm games that I was surprisingly good at) was the existence of an arcade game titled "Magicians Dead": a game about the St. Rewsberry magicians and the tech-savy machinery users of E.I.X. going against each other in a 3-on-3 arena fighter with a Wii Remote's nunchuck in the left hand and motion controlled-hand gestures in the right.

It controlled weirdly for me the first time, which means I may have to give it more attempts in order to learn the gestures and master it (then again ARMS kinda had the same ordeal). It also means you're not likely to see it on any home console in the future, especially the PS4 where the controls wouldn't be much of a science project and the melee button would be far more closer to you so you don't have to move your hand of of the game's registration signal to use it.

Knowing me, you're wondering "Gee, are you just gonna show off the characters?" Well why wouldn't I, they're one of the best parts of the game IMO. In this case though, the St. Rewsberry characters look a bit too plain and simple for my tastes (don't get me wrong they're still good designs overall)- and aesthetics-wise are nearly outclassed by the E.I.X. characters which just have a lot more going for them.

So without further ado here's the E.I.X. guys, or at least the best photos of them I could find. 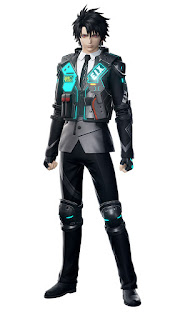 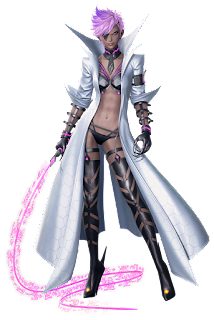 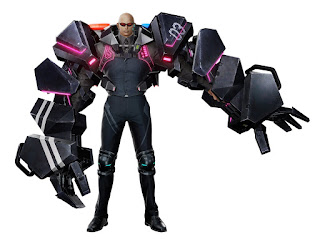 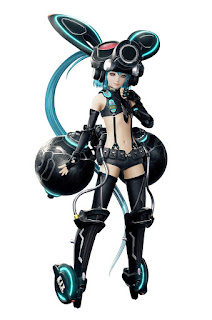 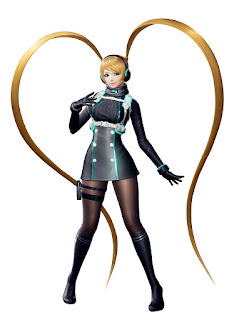 If you do want to see the St. Rewsberry characters, here's a link to the official website's character page.
Posted by Justin De Lucia at 5:33 PM No comments: 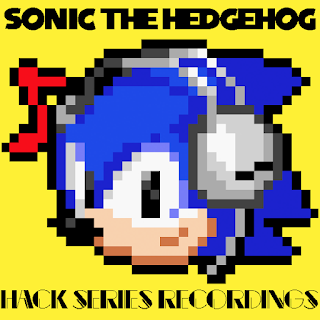 All credit for the songs themselves go to the original composers/converters, I just made this so you can listen to some of these songs outside of the games' Sound Tests (or just leaving the game idle in the case of hacks that completely lack a Sound Test).


-DOWNLOAD-
Posted by Justin De Lucia at 8:03 PM No comments: 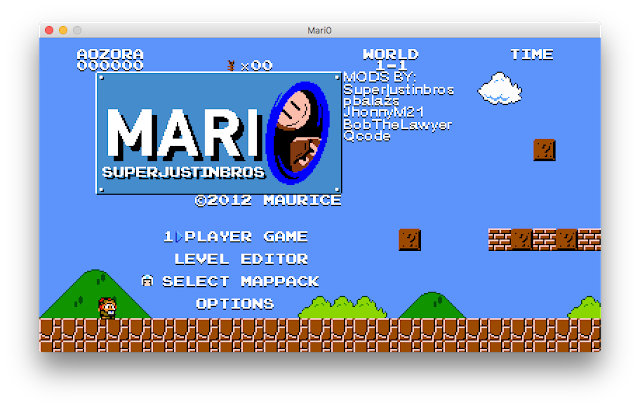 Some of you may recall a game known as Mari0, a game that I've talked (and nitpicked, something I vow never to do again) over for quite some time. With the updated Special Edition pretty much dead since 2015 and the only thing keeping it alive being a slew of fan-created mods, I dunno if I'll ever really be motivated to make content for it or update this personal mod I made from here on out.

This here is what you call the "Superjustinbros Mod", originally made as a companion mod for the mappack I was working on, "A0zora" which later got canceled and put in indefinite hold since it was built to use features that would later be added in SE that never happened. It contains all the features and DLC maps of Version 1.6 (the latest public release) with some minor addons to the editor, reworked Aozora's Adventure-themed graphics, and new music and sounds. There were other features I had planned to add into the mod, but for now this was all I could manage to get into working order.

Note that this particular mod will only work with LÖVE 8.0, the version Mari0 was originally made on before the later 9.0 and 10.0 debuted, and compatibility for Version 10 will likely never surface.

-DOWNLOAD-
MEGA Mirror
Posted by Justin De Lucia at 8:37 AM No comments:

Email ThisBlogThis!Share to TwitterShare to FacebookShare to Pinterest
Labels: Mari0 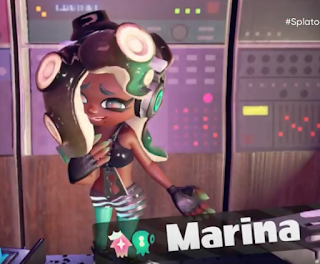 Email ThisBlogThis!Share to TwitterShare to FacebookShare to Pinterest
Labels: Splatoon

Since around November 2009 (it was so long ago- I don't remember the exact date), I started a hypothetical "crossover roster" for a sort of "spiritual successor" of childhood favorites Jump Ultimate Stars and Mario Kart 64. Since then, the roster was given six total reversions, with Reversion 6, shown below, being the latest version of this roster. 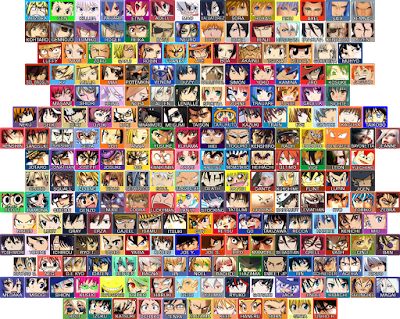 This would be the roster for "Otaku Wars" and "Otaku Kart", once titled around Aozora (him being my primary OC- the only representative of his universe.) and called Aozora's Wars and Aozora R64 respectively. Over the course of seven years, characters were added and chopped, with only one being un-scrapped in-between reversions (Guilty Gear's Dizzy). Reversions 3 and 4, debuting 2013 and 2014, were primarily titled the Sunday vs. Magazine expansion and J-Stars Victory VS. expansion respectively since they primarily added characters from those games.

As of now, I am calling this roster for the two hypothetical projects finalized. With a total of 216 characters, it is almost quadruple the number of playable fighters present in Ultimate Stars.

Since I'm not up for pulling up huge details that I posted long, long ago on this blog, I'll give you an abridged explanation of what each project would entail:
However both concepts kinda fell by the wayside since I'm more focused on my original works (or as original as they can get), thus I have more creative freedom which what I can make rather than having to resort to characters I don't technically own to fill out a roster. There's also the talk on other, official crossovers that characters like Dante, Cloud, and Bayonetta take part of (such as Marvel vs. Capcom and Super Smash Bros for Wii U/3DS) and I don't feel like treading grounds where both official and fan-made crossovers feature the same selection of characters.
Posted by Justin De Lucia at 9:17 AM No comments: