Well, I decided to do another topic consisting of yet more random discussion. This time, I'm going to talk about a few games from the RPG masters Square Enix that we will never see come into reality.
First up: The World Ends With You 2/Wii. 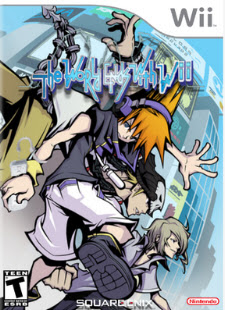 Oh yea. You are going to hear me talk on the World Ends with You sequel that will never be. Well, to be fair, I do "heart" this game to death. I mean, well, there's so much to do in that game. The plot is just insanity, and so are the characters and their designs, and I got hooked on it since I first started playing it back in late Summer 08. But with all memorable titles, what happens; People begin to spread rumors about sequels. And I know how so many people are probably really looking out for this game's release announcement, but allow me to explain why this will never surface.
For those of you that have successfully reached the ending and finished this game, you may have seen the ending. Neku is returned to the RG with his friends, he escapes from the Reapers and the Noise, and the game just wraps it up extremely well. Now for them to make a sequel would be like with (from what I've heard) what they did with the Terminator films in order for them to continue on with the series after Judgement Day. With the World Ends With You series to ever get a second game, Square Enix would have to re-establish the plot, invent some all brand new species that randomly invade Shibuya, and introduce a new set of villians while bringing back some of the originals, while keeping the main protagonists in another dimension (something other than the UG). The dual fighting system would have to be improved on to incorporate new tactics (such as combating enemies with Neku using standard melee attacks w/o the use of pins to accompany him), and several other noteworthy improvements. If it instead came out on Wii, SE would have to remove the option to control the partner and rather have him/her fight alongside the first player's character (Neku Sakuraba, unless otherwise stated) on the same screen using their own set of psychic pins. Special attacks (when both Neku and his helper perform a massive attack to damage all on-screen enemies at once) should be more varied. Not to mention, more gameplay features, like a "endless" mode, a Player vs. Player mode, and a new version of the mini-game Tin-Pin Slammer.
And so we move on to the second Square Enix game that will never be made, the Kingdom Hearts II Follow-up.

This rumored installment has gone through numerous titles, the most common being Kingdom Hearts III. Many spectate that it would be multi-platform and get released on one, two, or all three major systems of the seventh generation in video gaming.
But just as with The World Ends With You, Kingdom Hearts II concluded it's plot so well. It returned Sora to Destiny Islands, it removed the Organization XIII premaritally from the series, and reunited Sora with his childhood friends. Sure there have been two games that take place after KHII, one that is currently only out in Japan at the time I'm writing this, and one that is currently in the designing stage, but I highly doubt there will be any direct sequel(s) to the second game.
But for there to ever be a third game directly following the second, It would have to follow similar guidelines as the WEWY sequel. But probably doing so would be more or less a re-hash of the plot to the first game, having Sora getting separated from his friends, fighting off the Heartless/Nobodies/Unversed, and teaming up with Donald and Goofy for yet another adventure. While it could work if done right, no one would want to see a sequel with the same/simliar plot as one of its prequels.
I spoke enough. 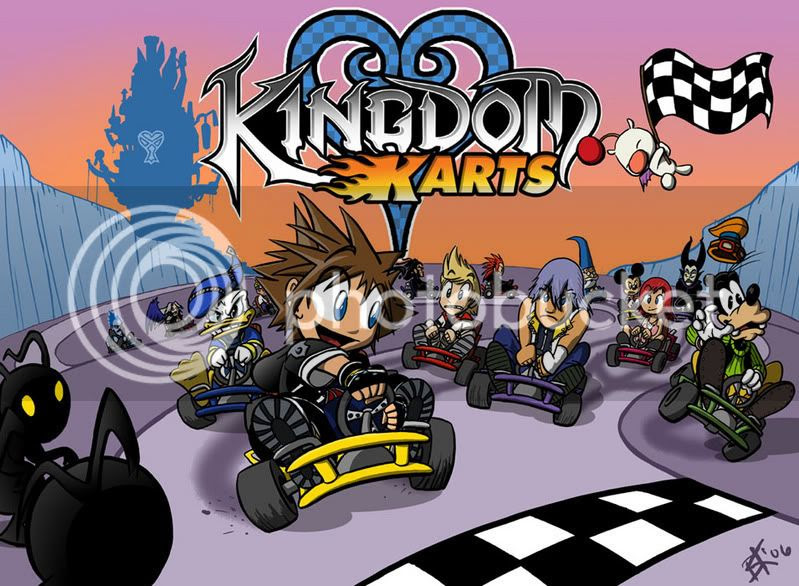 Well guys, I'm back. Apparently there's nothing quite new going on recently. The two first days of school were alright. Could have been a little more entertaining, but in the end, it was okay. Glad I don't have any of my classes for two periods in a row. But now. It's time for the main event. Yes. Incase you're wondering, I'm requesting more help from the general public. And that is to get character artwork and mugshots from the absolutely epic series known as Shikigami no Shiro (or Castle of Shikigami in the US)

Basically, the purpose of this routine goes like this. If you ever have been on the Shikigami no Shiro Wiki, you may have noticed on several of the character's articles multiple artwork and images of the particular character. What's going on, is that I am trying to scout out full-body high-resolution images of the character artwork and mugshots from the second and third games so that I can use them on the Wiki.

The question is, how.

For those of you that have played several of the games in the series, you should know about the gallery mode present in many of them. Each time you see a new character mugshot, you unlock it in the gallery for further viewings, while other things (main promotional artwork) are available from the beginning. So what I want to do, is I want to basicaly use something (like a camera or program or something.) to take multiple high-quality (HQ) pictures of each of the mugshots zoomed-in as much as it will go. (this means I will have to take multiple images of one mugshot so I can attach then like the pieces of a puzzle. Unfortunately, I don't have anything I can use to take screenshots of a television's screen digitally. And I don't want to go through trying to download a Wii emulator and finding the game's ROM online. (and I'm pretty positive the Japanese PC port of Shikigami no Shiro III doesn't offer a full gallery.

As for the official artwork of the characters from the third game, yes. I'm trying to scout them out as well, with best resolutions possible. Why I say this, is because the artwork shown in the game's art section only shows a very limited amount of the character's body, unlike the second, which showed the character's entire full body. Therefore, because of that, I'm scouting out the original full-body (or at least good rips from sites with as much of the character's body revealed at once) images.

Well, if any of the above information was too complex, let me sum it up. I'm trying to get all the character artworks and mugshots so I can use them on my Wiki, and for my own personal use as well. But I don't have, like I stated, any television screenshot-taking cameras, utilities, and programs.

If anyone wants to help me out, than feel free to send me the ripped graphics at full size to my e-mail (superjustin@optonline.net), so it spares me some trouble. Or, just let me know of a good utility/camera/program that takes high-quality pixel-perfect screenshots of a television screen that is also easy to use.

There, I said what I had to say.

And now to go off-topic a bit, I want everyone to check out this person on Youtube (or should I say Failtube?). He has a totally wicked collection of arcade games.

Well, look who's here for some more news. Well, not really news, but I still would like to mention a few things.
Now that August has concluded, school is getting much closer. So starting from September 7th, I won't be active very much on weekdays, but I'm sure none of you care about my activity time on any site, so consider that little tidbit of information useless. and not important.
This is also not much important, but I thought I should throw it in anyways just for kicks. I'm also trying to loose some of the fat that's hanging around my stomach (yea, I'm one of those guys. >_>) by significantly reducing the amount of fries and soda I consume, trying healthier foods, and getting off my lousy bum and excersising more often. Wii Fit is probably my best routine, but there's only one problem. There's too few games built in (c'mon, Only 25?), the controls are often un-responsive (like for that stupid chicken mini-game Bird's Eye Bulls-eye). and the majority of the games themselves last only an extremely short amount of time. The Boxing game has perhaps the longest length (next to the Free Run at 30 minutes.) of any of the other games, but it gets too boring. Maybe if there was a lot more variety of fun, and exciting games that used the Balance Board alongside the Wii Remove with and without the Nunchuck, and improved soundtrack, then I'd like it a lot more and actually would be spending hours. on it. Also, another thing I'd like changed and/or removed is the high score table for all the games. C'mon, this isn't the type of game that even needs a high score chart. Competition in a fitness game? No can do.
Now let's talk about my current level of skill when it comes to artwork. It seems that several of my recent artworks have enjoyed quite a lot of praise compared to the ones that came earlier this year, generally thanks to the fact that I'm using Poser 8 to create the posses, then drawing over them in Photoshop. Although I'd like to also master drawing poses by hand w/o the use of such a program just incase I want to draw artwork away from my Macintosh, which speaking of my Mac, is staring to run very slowly at random moments, even if it has 163 gigabytes of space left. Although I'm using a new utility called AdBlocker which actually blocks and removes adds completely, compared to the inferior AdBlock which doesn't do the job anymore. (though it did work a bit when I first downloaded it a while ago during the beginning of this year, but not for all the sites).
Well, I got nothing more to say, so I'll end here.
Posted by Justin De Lucia at 4:35 PM 1 comment: