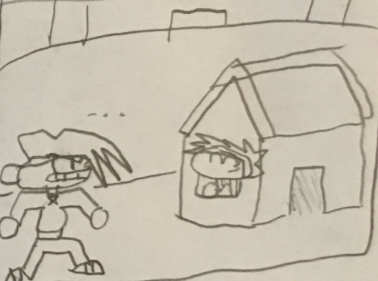 If you wanted more crappy art and comics from my middle school (and my first year of high school) years, here you go! Volume 2 is jam packed with anatomical errors, sloppy pencil lines, fake Mario levels and powers, and lots of Kids Next Door-styled artwork to fuel your fantasies. (oh, and two Comedy Man entries I didn't include in Volume 1)

Well, you probably weren't expecting something like this, but here's a few previously unshared things from 2007 to 2009 that I've drawn traditionally. Keep in mind this is everything I could bother digging up out of storage and post, so if I do decide to do some more digging through my stash (there are a few things that I'd love to share, especially from mid-2008), I'll post it here. 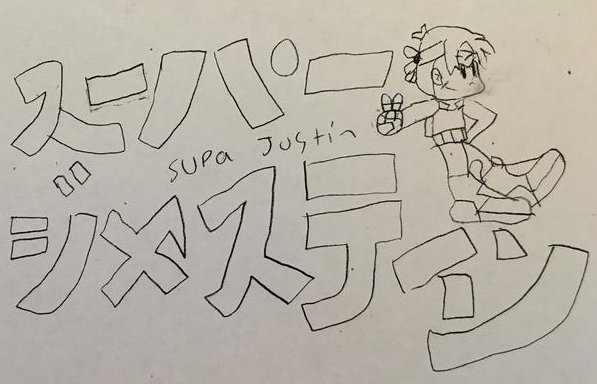 Without further ado, the link:
Yup, this is a link alright.
(Warning, most of these will be admittedly pretty crappy, please understand)

Here you'll find things like KND-era Super Justin, "Anime" Super Justin, some entries from the original run of my comic Comedy Man, and other miscellaneous draws. And don't worry, I left out the really cringey stuff.
Posted by Justin De Lucia at 7:38 PM No comments:

Well hello everyone. Guess you weren't expecting a blogpost so soon? Well I got something for ya.
During the past two days, my mind abruptly came up with two concepts and ideas for potential future projects if my wish to become a game designer ever comes true. Of course one of these would be much simple, so I'll spill the beans on that one and get to the other one... possibly tomorrow?

So last Sunday night, the very well-known Vinny from Vinesauce streamed a bunch of Korean MS-DOS games, all of them obscure in some way. One of them was a platformer named Zis the Adventure, and it starred a very young child character that eventually gains access to a yo-yo that deals extra damage and allows you to scale up ledges... if the controls actually worked for throwing it upwards.

So that got me thinking of a game idea where the main core mechanic was being a character with dual grappling hooks on both his arms, which could be used for not just traversal, but offensive capabilities as well. Momentum and physics would also play a big role in getting around quickly while you launch the grappling hooks onto different surfaces to swing and propel yourself across the map. In terms of using the hooks as an attack, you can swing one of your hooks around you like a lasso to not only increase the speed, power, and distance of your next hook-shot, but also deflect enemy projectiles. In mid air, you can spin the hooks above you to slow your descent. Think something like Umihara Kawase but with an extra focus on fighting enemies and characteristics of a run-and-gun.

This was my idea for how the face main protagonist would look; something not terribly complex while still keeping my usual style: 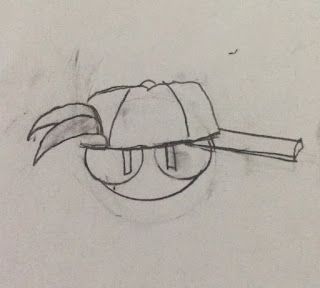 His color scheme would be standard white skin, red-orange hat, black hair, and brown eyes. The rest of his body would probably be a basic yellow shirt blue pants, and black sneakers (if I ever complete the sketch I may try coloring it)

Otherwise that's pretty much it. If anything else comes out in regards to this idea I'll let you all know, otherwise I'll cya next time.
Posted by Justin De Lucia at 4:37 PM No comments: