Emulation and the Spriters' Resource Aftermath

I think most people by now know that there was a time in the 2010's when I was uploading new sprite sheets to The Spriters Resource for what can be described as "forever". It got to a point where it overtook my personal art and character renders and it would continue that dominance until SRB2Kart happened. 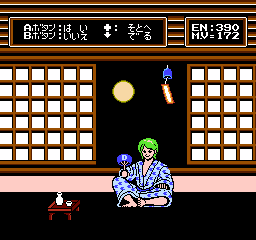 During the time I was chugging out sprite sheets, there was one platform that I ripped the most from than any other. Of course I’m taking about the Nintendo Entertainment System, launched in 1983 in Japan as the Famicom and two years later in the rest of the world. The reasoning behind it will become apparent as I go into detail. You see, my first modern computer since having been stuck on otherwise outdated Windows machines was an iMac for Christmas 2008. While good for productivity and content creation, playing games on a Mac, including emulators of old consoles, is not as reliable as one would think. Emulators on Macs don’t have the level of support and options they do on Windows and the pool of emulators available aren’t as… functional as their Windows equivalents.

Except for one emulator, that is. The Macintosh version of Nestopia, produced by Richard Bannister, was the first emulator for an old system that I had used that wasn’t on my sister’s PC. Even though I was very familiar with my cousin’s emulators for the longest time since he installed an emulation-focused Windows XP computer in the second half of 2008, this alliteration of Nestopia built for Mac OS X changed everything for me and it still stuck with me even after I got a new PC for my own in Christmas 2010, if only because it had a available and robust for the time rewind feature allowing me to play through harder games without awkwardly stopping to make save states during hard levels or bosses. I played the snot out that emulator, discovering all sorts of relatively under-looked games, Japanese-exclusives, and ROM hacks. And most importantly, it (alongside Mari0) helped kickstart me into a craze of bombarding The Spriters’ Resource with sheet after sheet, my preferred consoles being the NES, Game Boy/GBC, Arcade, and PC/MSDOS due to how easy it is to rip from those respective machines most of the time. In hindsight though, some of the sheets I would contribute, especially early on, were not really organized that well or didn’t make the “bounding boxes” obvious enough. Some sheets did get updated, but many I only left in their initial states.

So what drove me to stop? Well, even with all the games out there that haven’t been ripped that I've taken interest in, the act of game ripping got to the point where I was scraping the bottom of the barrel for sheets I could quick whip up without having to finish a game all the way through as I had done for Lagrange Point on the Famicom as an example. Eventually I climbed to 1,000 sheets and next to everything that I wanted to rip from has been ripped, whenever it be one sheet or several from the same title. Not every sheet survived, especially the ones that were ripped from prototypes (the Spaceworld 1997 Pokémon Gold and Silver demo sheets, for example) when a new rule was passed to blacklist and remove them following the Nintendo Giga-leaks in 2020.

By far my number 1 reason for stopping sprite outputs was, you guessed it, SRB2Kart. While I was able to form a balance between the two projects in 2019 in addition to finishing a character render that had been in production for a good while, by 2020 the racers I was producing (including de-motivation and burnout from the pandemic) demanded so much effort on my part that I had to pool everything into working on them just so I had a chance of some day being able to finish everyone on the personal todo list and move onto other projects. I still played the occasional emulated game but it was more to kill time and not to find content to rip. And once the “great hard drive failure of 2020” happened on my Mac, not only did I lose a good few WIP rips, I didn’t bother with playing NES games at all on my PC during the time I was stuck without a Mac and setting up the new one I got late October because I had long-overlooked the rewind features on the PC emulators I had at the time (Nestopia on PC requires it to be enabled, unlike the Mac version where it’s enabled by default, and FCEUX requires you to load a .lua script every time you want to use it and plasters a “REWIND POWER” message on the top of the screen at all times). In short, having rewind in an emulator made it more accessible to play and undo mistakes and dumb errors compared to savestates (especially in the bad games) and a lot of these PC and Windows-based emulators hide it away.

Currently I have no idea if or when I’ll ever go back to sprite-ripping. Considering I have 1.4k sheets total ripped, give or take a few, I should be better off finding new hobbies to keep me occupied or going back to old ones, at least until I feel like returning to doing full character artwork again which should be hopefully later in the year if all goes well and things start escaping the pressure of the pandemic. In the mean time I’ll get to writing some character bios for my Aozora troops that I’ve been long neglecting.

Posted by Justin De Lucia at 9:01 PM No comments:

Email ThisBlogThis!Share to TwitterShare to FacebookShare to Pinterest
Labels: Emulation, The Spriters' Resource

After spending most of the past few days burned out on stuff to do that isn't just mindless grinding, I turned to collecting and binging video game soundtracks to fill the void. And with that came to mind another game I had ripped long ago in (almost) its entirety only to lose the rip to the "great hard drive failure of September 2020". 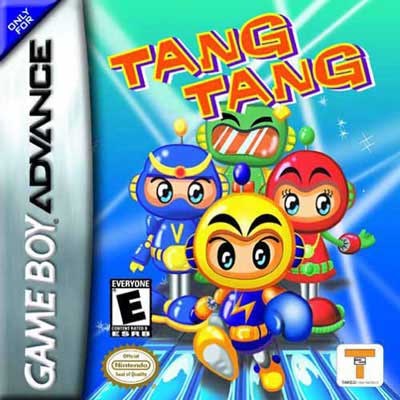 The subject is Tang Tang, the Game Boy Advance adaptation of DSL's arcade game of the same name. It stars four characters clad in different-colored armors in a Solomon's Key clone, traveling to five different themed planets to gather rings and kill five copy-pasted bosses. The Game Boy Advance version was outsourced the GameVision Corporation and keeps the general aesthetic and gameplay of the arcade version but features all new levels, simplifies some of the graphics, removes the option for two-player co-op, and remixes the entire soundtrack into a more bombastic and lively series of compositions.

Of course I got the Game Boy Advance version of the game when it was new, bringing it and my stash of Game Boy games with me everywhere I went. Karate lessons, relatives' homes, and even to Florida. Of course being a conversion of a coin-operated game with nothing extra in the package does lend itself to a rather mixed package (the bosses in particular are a pain to fight and just amount to finding a spot to camp and blindly shoot until the boss drops if it doesn't decide to run you into a wall first) but if you like straight-to-the-point arcade/arcade-style games it's worth a look, if not the GBA version then at least the arcade version (even if I prefer the music of the GBA version tenfold).

As for the rip itself, it has the five main world themes plus two jingles and two other themes (the title screen and ending). The only real causality is the ending theme- as the beginning is obstructed by the sound of popping fireworks, only the looped version can be fully recorded, and I know no one wants a sudden abrupt skip to occur in the music (or dead silence). Not that the ending theme missing the non-looping section is a big deal anyways and considering the odd sound hardware Tang Tang uses compared to other, more popular titles on the platform I doubt it'll ever receive a full, complete recording.

Posted by Justin De Lucia at 8:15 PM No comments: