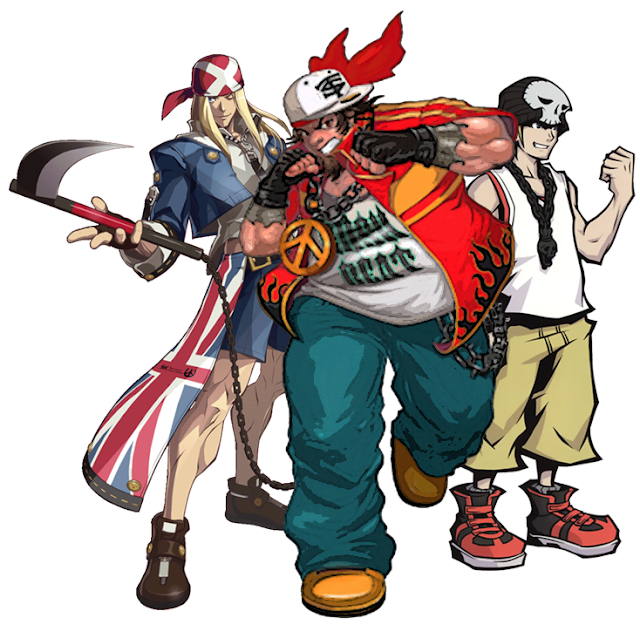 If you're curious who the guy in the center is, it's Wells form the obscure MMORPG Zone 4.
Yet another example of "Good or otherwise decent character design in otherwise mediocre game".
Posted by Justin De Lucia at 10:51 PM No comments:

Email ThisBlogThis!Share to TwitterShare to FacebookShare to Pinterest
Labels: Guilty Gear, The World Ends with You, Zone 4 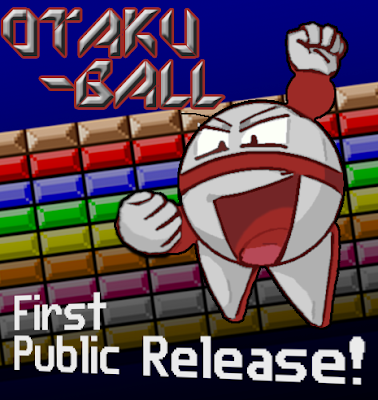 It's been a while in the making, but my first major project is now ready for release!

This here is Otaku Ball, a game of mine that I jointly developed with "Mr. Block" (with him doing all the programing/coding). Designed to be a tribute to the genre, Otaku-Ball is an advanced Breakout clone made in the LÖVE engine that brings forth some of the best design concepts from different Breakout and Arkanoid clones (such as Aquanoid, Electranoid, Krypton Egg, Alpha Bounce, and Blast Thru) into one convent package. It comes with around 40 different block types, 135 powerups and power downs, and a handful of other features.

Otaku-Ball also includes a fully functional editor- with access to many handy tools for developing one's own levels and level sets. You can also adjust the powerup drop rates for each level/levelset to your liking.

Since this is only the first release, there are a number of features that are planned to be implemented in future releases, such as detailed field backgrounds, other enemies that aren't just the Electranoid Menacers, original sounds/music (the current version uses sounds ripped form other sources), and a full campaign with many different worlds, pathways, and boss battles. Twinks to existing features may also occur for better balancing.