After releasing a definitive(?) OST rip of 3D Maze Man, I stumbled across a download of the game and it's four Mission Pack Sequels that had the contents of the games in folders instead of packed into an EXE. So what happened? I decided to splice together parts of two of the five games- 3D Maze Man: Winter Wonderland and 3D Munch Man II and insert them into 3D Maze Man, with a few other minor aesthetic adjustments.

Below you can get a taste of what was changed: 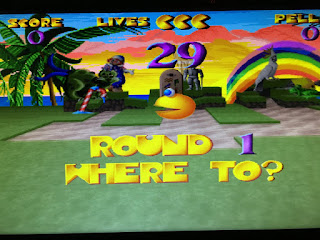 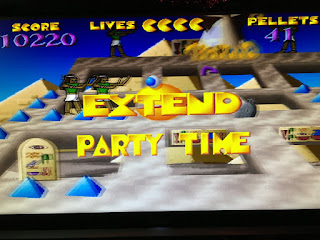 Some of the texts in the game were adjusted, and two of the sounds (Extra Life and Death) were changed. 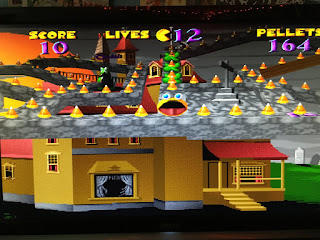 The infamous and broken Mystic Mazes 9 has been replaced with a Munch Man II maze in order to keep the Haunted House area a consistent length and make the Mystic Mazes level set fully playable. Since the other mazes that used the theme weren't corrupted or non-functional, they remain intact. 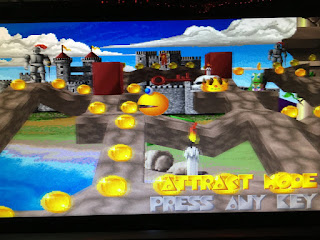 Another Munch Man II level appears to increase the length of the Medieval Castle area, placed in-between the seventh and eighth levels of Mystic Mazes. Similarly, one of the unused levels from the original 3D Maze Man is restored in the Wild West area, in-between the eleventh and twelfth levels of Wild World. 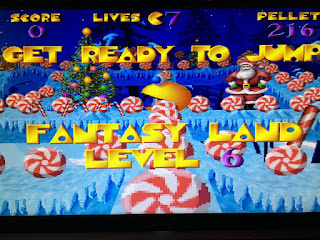 The Winter Wonderland theme has been restored! After being teased on the back of the box in some releases of 3D Maze Man only for the theme to be taken out and given it's own game, half of the 3D Maze Man: Winter Wonderland levels have found their way back into the original. They appear in-between the Toy Land and Infinite Space themes in Fantasy Zone.

Download the mod here.
MEGA Mirror
To run this in modern Windows systems, you must set the compatibility mode to Windows 98/Me and run at a 640x480 resolution. 256 colors is also recommended.

Additional note: All my attempts at adding 3D Frog Man mazes and assets to 3D Maze Man completely fell flat; so I can't do a "3D Maze & Frog Man".

This is a non-profit project; it is recommended you only download it if you already own or have bought a copy of 3D Maze Man or one of the other games in the series back when they were being sold.
Posted by Justin De Lucia at 2:18 PM 4 comments: 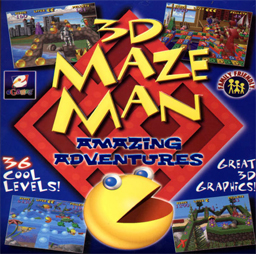 Here's another OST, ripped and edited to be as accurate as possible to the original game. This time it's 3D Maze Man, a Pac-Man clone form 1998, and one of my childhood favorites. It's a somewhat controversial game, between being bundled with all sorts of suspicious programs and getting pulled from the market in 2000. On the plus side it has some great tunes, composed by Ariel Gross.