I promise I won't oversaturate this blog with Kids Next Door, even if the series has been a huge influence for me ever since I started watching it daily on Cartoon Network. It was also the very first fanbase I explored when I discovered DeviantART in late 2006, and one of the very first fan-artists I ever followed was valvigirl. Her DeviantART account was my very first exposure to the concept of creating OC's and uploading one's artwork online for the whole world to see. Unfortunately her account has since been closed, with all her artwork deleted off the site and any existence of herself wiped off the web (including her personal site).

During my hunt for old mid to late 2000's artwork from myself, I stumbled across old artworks of valvigirl's that I had printed out at a low resolution (don't ask why) and the prints managed to survive the years of being stashed, and so I decided to scan them and show off some of things she created.

So I present to you, Sector X. 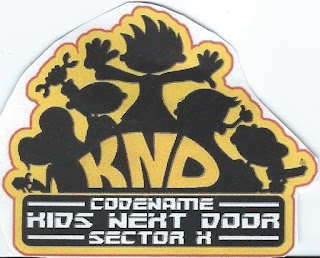 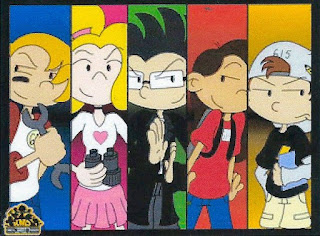 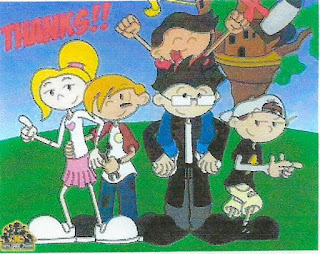 I would love to have gotten them in their original resolutions, but alas, they are pretty much lost, with not even web archives managing to salvage anything from the old days of dA. Oh well, I guess.
Posted by Justin De Lucia at 8:57 PM No comments: