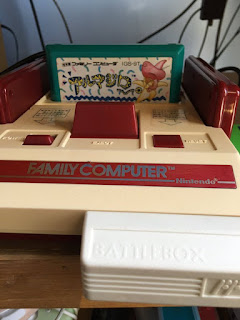 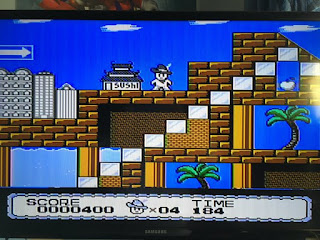 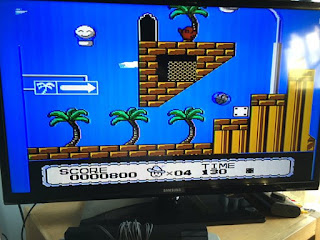 Yes I got my hands on the Battle Box; an accessory for the NES produced by IGS, and here it is running the only of two games that are compatible with it: Armadillo.

I've talked about Armadillo many times before across the web, and since I acquired a Famicom early this year, I figured I'd seek out an Armadillo cart along with the Battle Box. Both eventually came full circle, and now I pretty much have everything the game can offer. I particularly desired to get it as the Battle Box was never emulated in any modern NES/Famicom emulators.

So what does the thing do? Well since the Armadillo cart itself lacks an internal battery, the game-saving procedure is done in the Battle Box. It also adds in a high score-saving feature, along with "Stone Armadillo", which no one (as far as I've seen) has ever shown footage of. I'm as of yet uncertain as to what gameplay differences are featured in Stone Armadillo barring the palette swap, but I'll seek them out eventually.
Posted by Justin De Lucia at 6:53 AM 2 comments:

Early in 2012, I discovered Buggy's Path Maker, a tool that lets you colorize default paths in Roller Coaster Tycoon 2 into completely new paths. So being the huge color nut that I am, I couldn't help but make a few of my own.

Here you'll find 63 different paths creates by yours truly. To use them locate RCT2's "ObjData" folder in the place you have RCT2 downloaded, and move the provided .DAT files from the download into the folder. Let the game download everything, and before you know it the paths will now be available for use in the Scenario Editor.

Permission not required for use, credit is appreciated if any of the paths are used in a scenario or an online server in OpenRCT2. 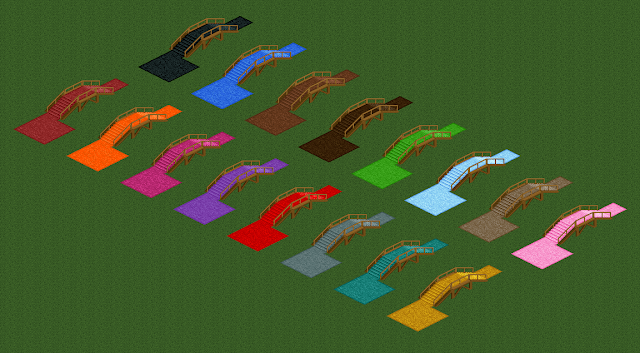 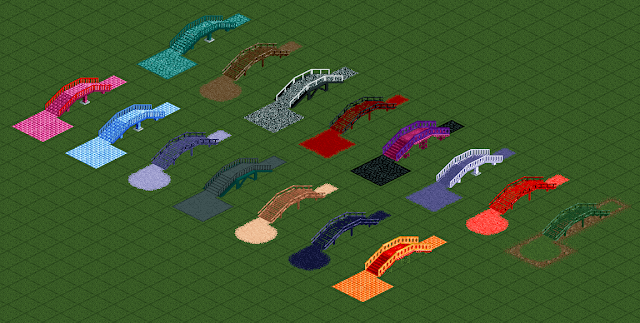 Download
Posted by Justin De Lucia at 7:24 AM 2 comments: